When we apply the criteria to the constitutional documents and arrangements of Scotland prior to the Union, (1310 to 1706), as are afforded to their England counterparts for the same which period, we find a core of self-consistent, constitutional principles which collectively reinforce and develop those expressed in the Claim of Right Act of 1689. 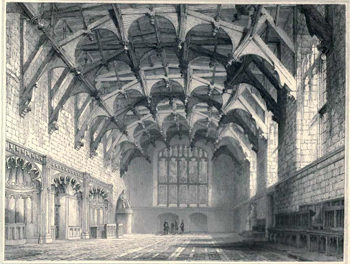 The passage of time and the acceptance of the customs of English constitutional law as universal norms across the UK, make Scotland’s constitutional law seem like a romantic interpretation, more wishful thinking than fact. In reality, however, it is the status of UK parliamentary sovereignty in Scotland that is wishful thinking. As Lord Cooper famously remarked:
“the principle of the unlimited sovereignty of Parliament is a distinctively English principle which has no counterpart in Scottish Constitutional Law”